In this episode, the ARZone admins discuss the subject of Alliance Politics.


In recent ARZone podcasts and online interviews, various members of the global social justice movement for other animals have spoken about whether those of us in the movement need to align ourselves with those in other social movements.


The question is, would our working with other movements help those movements, at the expense of our efforts on behalf of other animals,or would we be able to accomplish more - for other humans, as well as other animals, by allying ourselves with other advocates and causes?


You may also listen H E R E, or visit this webpage to subscribe using iTunes, and please remember to visit ARZone on the web at www.ARZone.net. 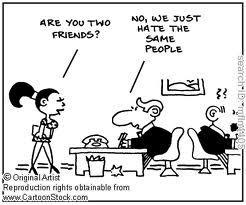 Posted by timgier at 5:32 AM No comments:

Ronnie Lee, founder of the Animal Liberation Front talks about how he is still identified with the ALF, what he thinks about the role of direct action in the movement for other animals, and how he believes that progress depends on education an political involvement.

You may also listen H E R E  or visit this webpage to subscribe using iTunes, and please  remember to visit ARZone on the web at www.ARZone.net.

ARZone Podcast 41: Intersectionality, the Internet and Advocacy in a non-Vegan World

In this episode ARZone admins Carolyn Bailey, Ronnie Lee and Tim Gier talk about how veganism can be more or less difficult for different people depending on how all the various aspects of life intersect. We also talk about how the different needs of each person ought to be considered in our outreach and advocacy. Finally, we talk about the benefits and drawbacks of using the internet for advocacy.

You may also listen H E R E  or visit this webpage to subscribe using iTunes, and please  remember to visit ARZone on the web at www.ARZone.net.

Posted by timgier at 7:22 AM No comments:


ARZone Podcast #40 features special guest Cameron Blewett, a vegan advocate from Brisbane, Australia, who, after spending many years as an avid hunter, has now been vegan for almost 20 years!

Cameron served in the Australian Army Reserves and has also advocated for the rights of workers within the Trade Union Movement.  He is a keen writer  (see here).

Most recently Cam has made the decision to run for a Senate Seat in the upcoming Australian Federal Election as an independent candidate for Queensland, campaigning on issues which are important to the ethics of veganism and the environment.

Posted by timgier at 9:49 AM No comments:

Anthony is the co-founder and Executive Director of the Institute for Critical Animal Studies.

He’s published more than 10 books including - as co-editor - Terrorists or Freedom Fighters? and The Global Industrial Complex: Systems of Domination.

Posted by timgier at 7:59 PM No comments: