In this interview, we discuss the work that ACE does in trying to utilise the best survey and research methods to evaluate the effectiveness of various groups and organizations working within the animal advocacy movement. Audio Podcast, approx 57 minutes.

According to their website (www.AnimalCharityEvaluators.Org), Animal Charity Evaluators (ACE) is "a nonprofit dedicated to finding and advocating highly effective opportunities for improving the lives of animals.” Jon Bockman serves as its executive director.

Jon has held leadership positions at various animal advocacy groups over the past ten years, including having managed two wildlife rehabilitation centres and serving as a humane investigator in Illinois. Jon joined the team at Animal Charity Evaluators in 2013. 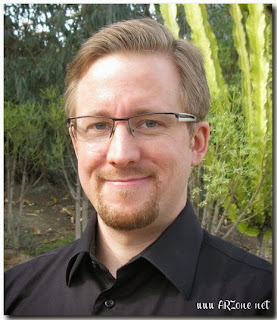 Posted by ARZone (Animal Rights Zone) at 9:14 AM

Jon Bockman claims that Animal Charity Evaluators (ACE) is unbiased, yet he states that when writing reviews of animal charities, ACE will show the charity what they have written about them before it is published and won't publish anything they won't approve of.

This interview was done before ACE had published their reviews for 2014 and this year surprisingly Vegan Outreach (VO) is no longer listed as one of two "Top Recommendation" charities. Now, joining The Humane League (THL), a group given top recommendation the second time, is Mercy for Animals (MFA). It is interesting to note that Nick Cooney founded THL and currently works for MFA. I mentioned that VO is no longer a top recommendation (despite the fact that VO pioneered leafleting, a strategy adopted by THL and MFA) and they are also not even listed as a "Standout Charity."

The two standout charities for 2014 are The Humane Society of the United States (specifically their Farm Animal Protection Campaign) and Farm Animal Rights Movement. It's worth noting that HSUS organizes Taking Action for Animals and ACE spoke at their conference this year, while FARM organizes the Animal Rights Conference and ACE spoke there as well. I understand FARM receiving the standout charity status given that their work is similar to MFA, THL, and VO, yet the HSUS recommendation is confusing and ACE's review mentions that HSUS won't say even how much money goes into the Farm Animal Protection Campaign.

Jon says that ACE is building a foundation for the organization through strong ties with animal charities but there is no way ACE can assert independence and be free of bias with this strategy. This calls into question the validity of ACE's reviews and recommendations. I hope ACE will listen to my feedback (as Jon says they welcome it) and make changes to avoid bias, including the appearance of bias, in order that ACE can serve the animal rights movement and be a voice of reason for effective animal activism.

My response is separated into two comments due to site restrictions on comment length. This is part 2 of 2.

While we’re independent of any other animal advocacy organization, we, like everyone else, do have biases, including biases we aren’t aware of. So while we try our best not to let personal relationships or other biases influence our recommendations, we won’t always succeed. This is why it’s so important that we strive to be transparent as an organization. We publish our budget, our strategic plan, our board meeting minutes, a mistakes page, and a page on our policies, among others. Perhaps most importantly, we publish the reasoning behind our recommendations, so that people can decide for themselves whether our choices make sense to them, and can, as you have done, point out to us what is confusing or concerning.

When we selected organizations for our recommendations, one factor was that they had conducted some form of analysis of their work, and that they had used that information to guide their decisions. We think Vegan Outreach does great work with leafleting, and I even volunteer with them, but at the time of our review, they didn’t fit what we were looking for.

Yes, Nick Cooney founded THL, and yes, he works at MFA. We wouldn’t base our recommendations on whether Nick was or wasn’t involved with an organization specifically. That said, the kind of work that he does (and helps others learn to do) is something we see as valuable. We support organizations using measurements of impact to guide their decisions, and Nick is a leader in the animal advocacy movement when it comes to impact measurement. He’s not the only person in the movement doing work on impact measurement (FARM has very strong tracking and follow-up on their 10 Billion Lives program, for instance), but it’s not surprising to find him involved in organizations we identify as particularly good at demonstrating the positive difference they make for animals.

Like most organizations, ACE wants to promote our work, and attending and trying to speak at national conferences is a prime way to do that. To suggest that we somehow received preferential treatment at any conference as a result of our recommendations is a strong accusation that is not backed by any facts. Specifically, as much as I wanted to, I or ACE did not speak at Taking Action for Animals this year as you assert, though I did inquire about doing so.

Re: HSUS’s budget, there are certain uncertainties with all groups, but this was a big one! That’s why, even though we think some of the work they do (like playing a big role in defeating ag-gag laws, or bringing Meatless Mondays into large school districts) is likely to be important and effective, we recognized them as a standout organization rather than one of our top recommendations. It’s important to acknowledge that there’s uncertainty in all our judgements, but we don’t make recommendations unless we feel we have enough information to stand by them.

We greatly appreciate feedback, and the knowledge that things may appear biased (even if they are not) is valuable information, so I thank you for your response.

My response is separated into two comments due to site restrictions on comment length. This is part 1 of 2.

Thanks for following our work and asking tough questions. We appreciate critiques that enable us to be a more effective organization moving forward.

We are an independent organization, and we don’t have any relationships with the organizations that we review that would make us partial. While we allow organizations to choose what we do and don’t publish, we don’t allow them to influence the content of our views. If we can’t come to an agreement, then we simply don’t publish a review. Letting them review our reports before publication serves three purposes for us. The first, which serves readers of our reviews immediately, is to fact check that we have accurate information and are not missing any important parts of their strategy.

The third reason is that it enables us to analyze organizations. To review them, they need to voluntarily provide information. If they think that we might use it against them, they won’t share it. Giving them an opportunity to veto in the publication process is a way to ensure that we can continue to get enough to make well-founded recommendations in the future. This is something we’ve learned from GiveWell.

So if ACE wrote a negative review of an organization and that organization doesn't want you to publish it, you won't, with the result being they simply wouldn't get recommended? You make some good points about why you do this, but it does seem to undermine the whole review process if an organization has the power to censor. Think of how organizations such as the ACLU publish a report card on political candidates which score them based on their voting records or stances on the issues. If there was no negative feedback, no one has any incentive to change. Did all the charities on ACE's "List of Organizations" page that have a "*" beside their name indicating "Declined to be reviewed" mean that they didn't agree with your review so it never was published? If this is the case, it would be helpful to disclose this somewhere so volunteers and donors can see that these organizations don't want their work scrutinized.

I appreciate ACE's transparency and wish it was a value held by more animal organizations. I'm glad to see this discussed as an important factor in your reviews. Sorry for saying ACE "spoke" at TAFA, I should have just said "attended." The appearance of bias was the issue regarding FARM and HSUS getting standout recommendation status and then you appearing at each conference two months later.

Thanks for explaining your reasoning behind the choice to pick MFA and THL as top charities, as well as giving more information about VO, FARM, and HSUS.

We agree that the system isn't perfect, but we feel that the process of evaluation needs to be cooperative. Giving organizations the option to choose what they allow us to publish makes them more transparent with us, which ultimately enables us to get more accurate information in deciding who to recommend.

There are several reasons that can factor into why groups receive different designations; I encourage you to read our blog on the subject. If you are still unsure, just let me know and I can elaborate further. Thanks again for asking good questions!