In episode 2 of our new series on Total Liberation through Radical Veganism, we speak with Vegfest UK Founder, Tim Barford.

Tim is the founder and manager of Vegfest UK. He has been living vegan since 1984. Tim founded Vegfest-- originally called “Bristol Vegan Fayre” in 2003, making this year the sixteenth year Tim and Vegfest UK have been holding vegan festivals which attract well over ten thousand visitors to each of their four events every year.

Tim joined us to speak about what we have to look forward to this year at London Vegfest - one of the biggest vegan festivals in the world today. 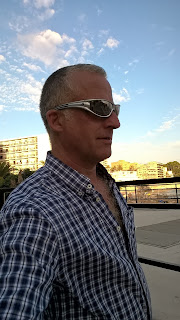 I did not know that vegan fests were a thing in the UK, but now that I know, I will defiitely be taking my sister for a visit when it comes around, and explore.